Well, here we are again, finding ourselves at the cusp of something irritating and grating beyond imagining. no, not talking about Sammy Davis JR. impersonators, I’m talking of course about the right to peruse the internet freely! The ability to go where ya damned well please and not give ten flying rat farts what the fuck anyone else thinks! 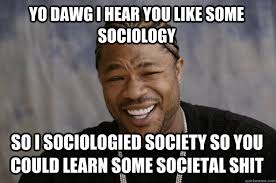 Even this guy is either way too happy to incept the shit out of incepting regulation.

I live with a room mate who, for the lack of a better term, is kind of an ass when it comes to what I do in my freetime. He believes all I do is goof around, and in fact, I do a lot of that because I work my ass off trying to make enough to get rent paid off. It’s rather irritating when shit gets stopped in the middle of things. Anyways, for those who like to discard whatever flashbulb effect you want. the point still is that the internet was built for freedom, freedom from over obsessive jerks that simply want everything to run a certain way. Still irks the shit out of me.