I knocked out a pretty sizeable chunk of work today, and for the longest time, I struggled with trying to keep everything organized, until I discovered the FUCKING MAGICAL DREAMLAND I NEVER KNEW EXISTED, called the Headers 1 through 4.
Oh.
My.
fucking.
God.
I use the following system:
Header 1 for the title, Forward, and table of contents.
Header 2 for individual book titles
Header 3 for M/D/Y/T (month, day, year, time)
Header 4 for just a few hours ahead of wherever I marked header three.

And it’s a fucking god send. i’ve been working in Word since 95, and I JUST FIGURED THIS MYSTICAL BULLSHIT OUT! where the fuck’s Hagrid, cause its time he told me i’m a fucking wizard for figuring this out.
Expecto Mycodis!
Ooh! Awesome idea:
Take Harry Potter, the Matrix, and Tron, and blend them all together. No particular reason, just finding something to do with my time at the moment.
Anyways, I’m happy with the way things are turning out, they’re doing alright by me! More updates later, also started pulling together a character list, and I know THAT’S going to be a giant pain in the ass, I know I have another notebook floating around that has MOST of the information in it that I can just transcribe, but I have no clue where that thing is.

chances are I’m probably going to be splitting that up into three books, three of four. As much as I want to keep working on SDD, and I will, there’s just so much to catalogue, I once did a character count, a kind of roll call, a few years back and I tallied up 144 of the little bastards, just all kinds of fun!
But that’s the total page count AT the moment, without any editing, and I’m pretty happy about that, because it means that I have, at some point, taken the writing thing pretty seriously, and that’s doing something right.
I already know how i’m going to do it as well, since the first four books in the series aren’t that meaty (between 25 and around 100 per book, though I do believe TAC treks in in the 250 page range.) and there’s a lot of plot holes and such that I might just leave as is, since it then allows me to write smaller stories from those plot holes IF I wanted to…
basically, Imma be busy getting this shitbag transformed into a gold and diamond ring.

It’s like a trip back in time. And I used to be incredibly annoyed at the prospect of working on old projects,, but a few years later, because of my increased patience, I find it relaxing, and Sogno Della Dinastia is definitely one of those projects you DON’T want to rush… Even though I tried multiple times.
I think i’ve previously stated that between this and The Dorikame Saga, Sogno Della dinastia was going to be my Magnum Opus, my ultimate work, because i’ve put so much of myself into it, I’ve spent so much time, editing, writing, adding to it, that no matter what happens next, i’ll still have editing progress, and that’s all that matters.
The first chapter, “Umore de l’amuleto” Takes me all the way back… Just the memories attached to it, where I really started to hit my stride, where everything simply started to grow.
The beginning of my long standing love affair with coffee, and it’s all worth it. Every bit of frustration ever. Just wanted to do a short piece… Got my editing done for the day.

On a side note, still have to get my Book’o’blogs knocked out. Still kind of pissed about having all the work I’ve done so far just up and fucking vanish on me multiple times, and no matter how many times I’ve tried looking, I just can’t seem to find my old myspace blogs, god damned those things were amazing… Although I do believe that I’ve imported MOST of them of wordpress… I’d have to hunt around for them some more… 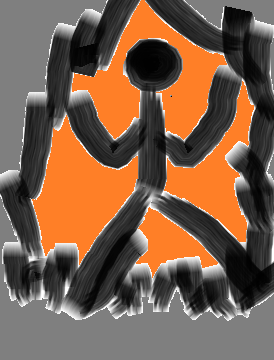 Alrighty, so here’s an update for the massive undertaking that is “Evolution of a Blogger” So it booped up from 898 to 916 pages, and given createspace’s page limitations based on book sizing, I think it’s a safe bet to say that instead of one MASSIVE book, like I was originally planning, I’ll probably end up breaking it up into two or three books in a series. So I’ve got word opened up and I’ve created a header system to better organize the fuck out of things, because, as we all know, searching through a fuck ton of pages is a great way to spend time better used editing! Here’s a screen cap:

Okay… Apparently that feature does not fucking work. I’m not angry, I just swear a lot when I’m writing. It’s a bit off putting, I know, but at the same time, it’s like you’re getting to know a very angry Sailor who’s verbally abusive towards an empty bottle of scotch. It makes more sense if you tend not to think too hard about it.

Anyways, the header system actually saves a shit ton of time when trying to keep track of everything, because not only do I have to edit, and keep track of the post titles, because i’m more micromanaging than a South Korean Starcraft player, later on, after everything is all said and done, I have to reorganize everything so that the posts that aren’t in order, are now in order from Oldest to newest, and that’s… Not going to be fun at all… Not one fucking bit, it’s actually stressing me out just thinking about how much work i have to knock out.

But it’s a good, motivational stress that I know for a fact comes with the job. And i’m pretty psyched about the whole prospect. At the moment, I just got into the 2010 blogs, and I dunno about you, but in 2010… ugh. I don’t even want to think about it. Anyways, so here’s how I have things broken down:

It doesn’t make much sense when put like that, not because i’m lazy, but because i just drank half a pot of coffee by mixing three scoops of coffee grounds  and some water into a thermos, swooshed that around, let it sit over night, and drank nearly half of it in the morning. So yeah, moving on, staying focused.

So, There are three levels of Table of Contents:

I figured it’d save a bunch of time in the long run doing that instead of a massive table of content listing every post in order of appearance, because you know how it goes, right? you’re sitting there, scouring the internet for every single blog post you’ve ever made, trying to find the greatest source of them all, because we all have that giant core of blogs that’s our main hub of weird bullshit, then we have our ‘Secret’ Blogs that aren’t on face book. For myself, I have several places where I’ve blogged.

So far, Word press, blogit, Facebook, pastebin, and others are the largest repository for blogs I’ve posted in the past, and while i’m going to have an Extra’s section, I am also scouring old chat logs and other sources for older posts than 2007… Because I will document every scrap of my own rambling stupidity if it’s the last thing I do!

Though i’m trying to stay focused, I’ve also got a number of other projects under my belt that i’m trying like hell to get published, edited and formatted and off the table. The biggest, thus far was One Shots: Army of the Incomplete, basically a huge collection of short stories that I just kind of left by the wayside for so long that they no longer mattered to me. Sometimes these things were a paragraph long, other times had the potential to become something more than they currently were, but for whatever reason, I just didn’t have the time or focus to work on them like I truly wanted to.

There are some projects with a branching story path, which is why I loved website with a treegraph system in place so I can just pick up where i left off on that particular adventure, but Storymash, Protagonize, and other such giants fell by the wayside.

Sucks, but that’s how things usually are when it comes to creative writing, and unless you update the UI or color scheme for these kinds of websites to reflect modern times, or it’s basically just a big ass bloated monster with many hands writing many things all connected to each other at one point or another, you never truly know the impact such a thing might have, or the hole it’ll leave behind when it’s gone. I just reminded myself to search on those various sites, If you’re interested in seeing what other things i have up my sleeve, feel free to join my discord server, probably the only non-racist server on the platform. I’m also on Sola under Gripmonkey, here are the links to both:

So, I’ve been working on a giant ass book of blogs for a few weeks now, …. Dear fucking god, I had NO idea what level of asshole I was back in the day, I mean, yeah, there were quite a few eff ups here and there, but GOD DAMNED was I mistaken at just how many fucking idiocies I wrote into my own lexicon of spoken word.